Okay, here’s the short version of how the band Brush Arbor came into existence:

We three Rice brothers (Wayne, Jim and Joe), and Wayne’s wife, Marci Rice, had a 1960’s-era bluegrass/folk group called “The Rice Kryspies”. We had been together for about 4 years, playing mostly camps, coffee houses and churches around Southern California. We also had a drummer whose name was Pat Stevens. We imitated our musical heroes, the Dillards, which is why we had a drummer. The Dillards had a drummer, so we did too. Jim began playing pedal steel guitar in the late sixties, so we were able to add that ”country” sound to our bluegrass.

In the fall of 1971, Marci decided she didn’t want to play bass anymore, since she was about to give birth to her first child. So we began looking for a replacement bass player. We knew of a Christian bluegrass band called Kentucky Faith (in the Pasadena area), that we heard were breaking up. So we contacted their bass player, Dave Rose, to see if he’d be interested in joining up with us. He auditioned and brought along Kentucky Faith’s lead singer, Ken Munds. We jammed a little and decided to also ask Ken to join our band. Ken’s lead vocals really had that country sound we were looking for and Jim, who had been singing most of the lead until then, enjoyed sitting down to play pedal steel guitar.

We decided to now change the name of the group. We first came up with “The Country Church”. After playing one or two dates with this name, we decided to change it because it sounded too much like a gospel group. We wanted to be a country group, not just a gospel group. Gospel groups only played churches and Christian events. We wanted to play everywhere we could. So we changed the name to Brush Arbor. We got the name from the “brush arbor meetings” we heard about in Tennessee (where our family is from). These were temporary country churches, set up for revivals and gospel singing. We didn’t think anyone would know what a brush arbor was, and we could disguise our Christian roots a bit with that name.

Early in 1972, we heard about an amateur talent contest called “Country Star” held in San Diego sponsored by country radio station KSON (AM 1240). There were no prizes offered, other than the chance to be on the radio (the contest was going to be broadcast live). We entered the contest and won. One of the judges just happened to be a producer from Capitol Records. Next thing we knew, we were in the studio cutting our first single, a song that we had performed on the talent show…”Proud Mary” (a cover of the Creedence Clearwater Revival hit).

The single was released a couple of months later, and before long we were hearing “Proud Mary” on the radio. Radio station KLAC in Los Angeles was the first to jump on it and start playing it…a lot! We were really excited. The song soon debuted on the Billboard Country charts and we were on our way. A second single was released called “Brush Arbor Meeting” (which kind of blew our cover as a Christian band). Surprisingly, it did even better. An album was then released which got very good reviews all across the country. In the summer of 1972 we made our first Grand Ole Opry appearance. We started appearing in concert tours with some of our heroes: Johnny Cash, Merle Haggard, Marty Robbins, Waylon Jennings, Charlie Rich, the Everly Brothers and many others. Pat Stevens (our drummer) quit the band that summer because he didn’t want to tour and was replaced by our friend (and a great musician) Dale Cooper.

This version of Brush Arbor stayed together for about two years. Wayne left the band in February of 1974, the same month we won the Academy of Country Music award for Vocal Group of the Year. Shortly thereafter, Ken Munds also left for a solo career. Jim now became lead singer again and played 5-string banjo and guitar rather than pedal steel. Brush Arbor went on, leaving Capitol Records moving on to Monument, Word, Myrrh, Light and Benson. Because Jim was the primary songwriter and lead singer, gospel music was the band’s mainstay. Several songs charted on Billboard’s Positive Country charts and the band ended up staying together for almost 30 years. The band members with the longest stay in the band were Jim and Joe Rice, Dale Cooper, Dave Rose, and Kevin Watkins. The last version of Brush Arbor was Jim Rice, Dale Cooper, Kevin Watkins, Brad Carr, Gordon Jenewein, and Steve Lawrence. Their farewell tour ended in December of 1999. Since then Jim and former band member Mike Wilson got together with a very acoustic version of the group in which the recording Fog in the Morning was created.  Lauren Donahue was added for a time to play Mando and background vocals and another recording called More Banjo Please was recorded.  This brings us up to 2020 with the current members being Jim Rice, Joe Rice rejoining the group, Mike Wilson and Mark Craig who also has produced many of their projects.

Members of the band 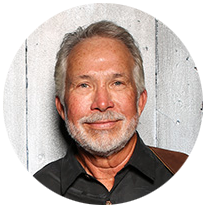 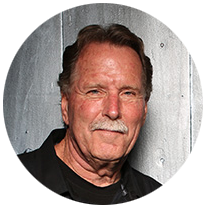 Mike Wilson, who years ago played keyboards for the band and sang baritone, is now playing acoustic guitar and still singing great harmonies. 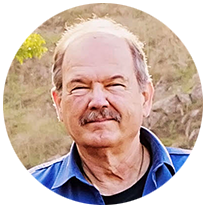 Mark Craig who has been the band’s recording producer for decades is now playing bass, and adding some bass vocal parts on the four-part harmony. 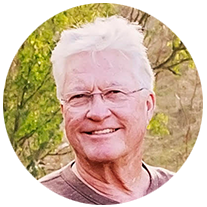 Joe Rice, Jim‘s brother is back in the band still singing great tenor harmonies and adding his flavors to everything with his mandolin. 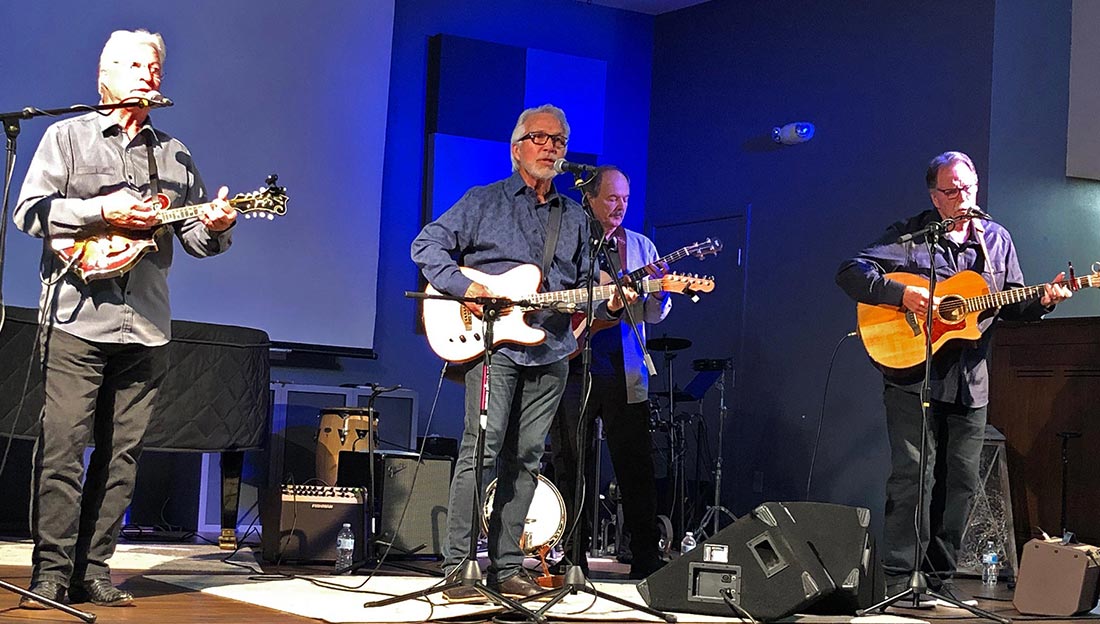